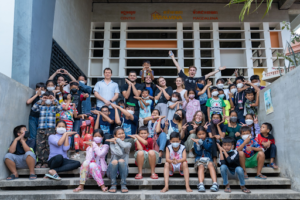 On April 5th and 6th, Taramana opened its doors to a special event called Green Day!

Launched in 2020 by Elise Mousset and a few other volunteers at the time, the Green Day project had to be suspended due to the pandemic and the restrictions it caused.

But the idea of this project never ceased to hover over the center and its resumption quickly became obvious to Sarah Elnikoff, a new volunteer at Taramana as soon as the situation improved.

But what is Green Day ?

It is two days where classes are replaced by environmental awareness sessions, in order to invite children to be real actors in the reduction of global warming. On the program: games, discoveries, meetings and a great gift at the end of the day.

On April 5th, Taramana was lucky enough to welcome its partner Young Eco Ambassador, whose dynamic team had already come to the center in 2020. Thus, eight members of their NGO were able to accompany the students in various workshops. After a short presentation, the children were divided into two groups: the older ones on one side and the younger ones on the other. 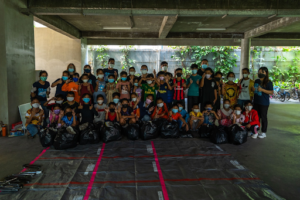 First, the older children were shown a slide show explaining the damage caused by plastic on the environment. Thanks to videos, they were also able to understand that the fish of the Mekong were in danger and that there were different ways to fight pollution.

More simply, with the help of drawings, signs and coloring, the little ones also had access to the same information. And we can say that after that, they were very motivated to become real anti-plastic warriors 😉

But talking about it is good. Taking action is better!

Grades 4, 5 and 6 then had the opportunity to carry out a waste collection in the slum, supervised by the Young Eco Ambassador and Taramana teams. And they were efficient: nearly twenty garbage bags were filled.

Afterwards, children and adults alike had the opportunity to create a flag in the shape of a fish, in honor of the World Fish Migration Day. Nice, isn’t it ? 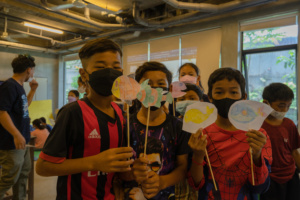 It is thus with a lot of joy, good mood and full of new things in the head, that the first day of Green Day ended. A big thank you to our partner for its involvement and its qualities of transmission.

On April 6th, the Taramana team took over the organization of this second day, with the theme of recycling and the discovery of new information.

Teams were formed with a Khmer staff member and a volunteer who led various workshops in pairs. It was an opportunity to propose another mode of education, inclusive and playful, there was something for everyone. 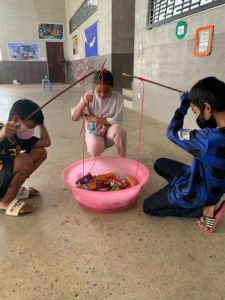 The first one invited the children to make crafts from waste collected the day before. Some of them showed real artistic talent!

The second workshop consisted of viewing two videos on the use of single-use plastic. Afterwards, the children were asked to make a mini-game about the sustainable alternatives that exist.

The third workshop also focused on recycling. Indeed, the students were able to enjoy a duck fishing made from soda cans, a bottle throwing game made from plastic bottles and cardboard, as well as a fun and funny courseraising awareness about the use of garbage cans.

The last workshop taught them about the different dangers that plastic can have on animals, both terrestrial and marine, and that it is important to be careful by reducing our waste consumption.

At the end of the day, the children received a Green Kit, consisting of a tote bag created from recycled fabrics by one of the local seamstresses, as well as a reusable cup and straw made from food grade silicone.

We were able to offer this kit to the students thanks to our second partner, Only One Planet, who gave us a nice discount. 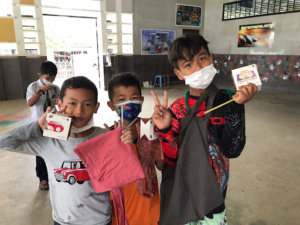 The first edition of Green Day was a great success, both for the children and for the Taramana team. Students, volunteers, teachers and staff were able to spend time together learning, having fun and discovering new alternatives to become environmentally responsible citizens. We are already looking forward to a second edition next year!