This religious celebration is the most important one of the year in Cambodia marking the end of the dry season and the passage to a new cycle.

For three whole days, Cambodians give praise to their Gods, come together as famililes and do pilgrimages to temples in Angkor to celebrate the big event.

A dozen kids from Taramana attended a show to see the musical group RG Band.

At the Taramana Magdalena Centre, the night before the vacation period, we all celebrated together. Traditional Khmer Olympiad Games and a night of dancing were organized. It was a fabulous soirée and much laughter could probably be heard, even as far away as in France ! ???? 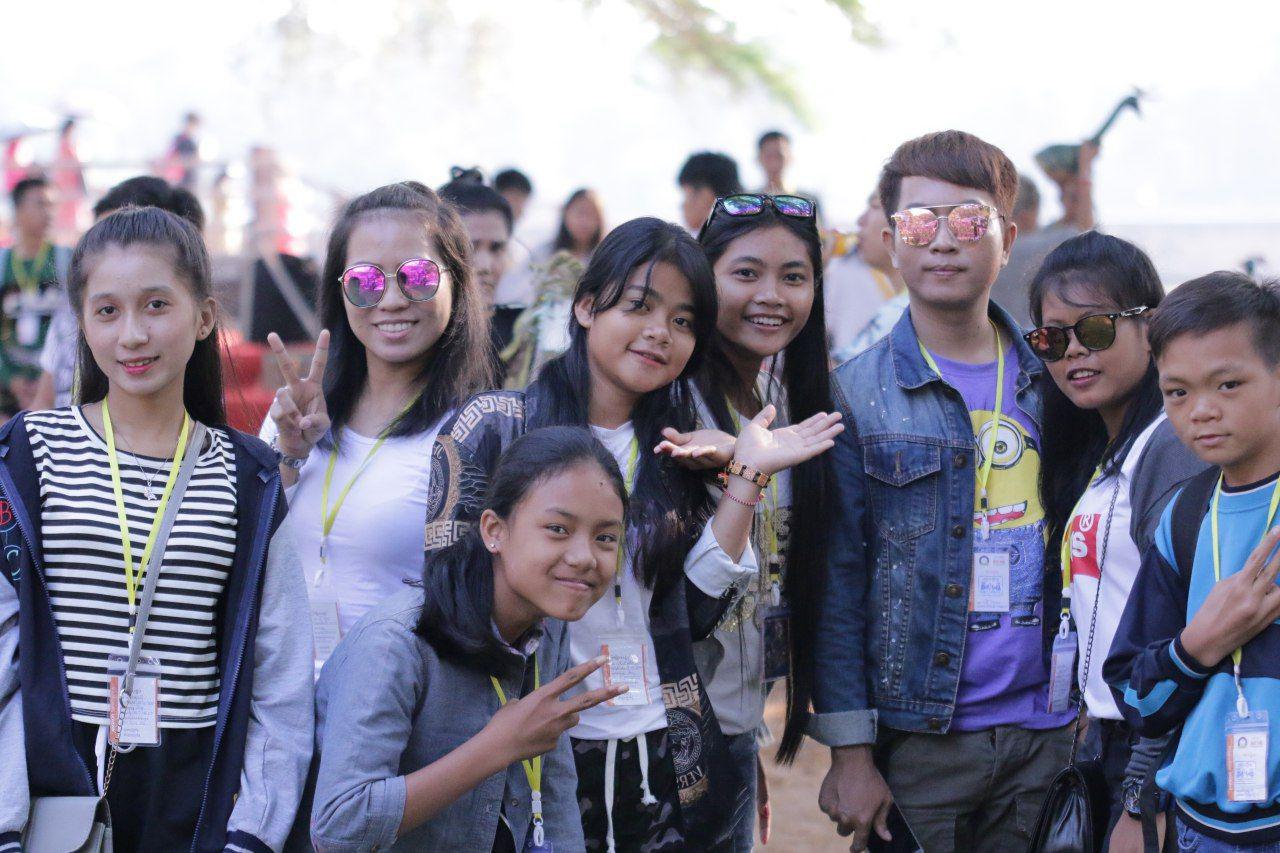 Nurse at Taramana, and chaperone for the trip to Siem Reap as well as singer for the RG Band.

What does this celebration mean for you Visal ?

It was really important for me to accompany the kids a second time to Angkor Sankranta held at the Angkor temples. It was an opportunity to demonstrate that children from Taramana have some real talent.  I was very proud to have had the chance to work with them by combining both singing and dancing. Every night we gave concerts, with or without the RG band.

How were you able to manage the small group ?

A dozen or so kids and 3 chaperones were all able to travel together, going and coming back in a big bus, and we were lucky to be able to have stayed in a very comfortable hotel.  Everyone was really impressed with the quality of the buffet. It was both a treat for the eyes and for the stomach too ! I can honestly say that we had the ideal conditions to give the best of ourselves and to show off our talents.

I was lucky to be accompanied by my own sister who greatly helped me manage the very excited kids during this event and the visit to Siem Riep ! In addition, the older kids naturally pitched in to supervise the younger ones and didn’t hesitate to keep them in line when they got a bit too excited or overly agitated. We were all really a close knit team.

What’s your favourite recollection of the days spent during the trip ?

My favourite memory is the last evening spent after the show when we all danced together as a group. Everyone was able to say their goodbyes and to wish each other a new year. It was very emotional!

Oh la la, … The worst was when the kids bought a little snack on the street when it was extremely hot and then all of them had stomach aches!  Because of this incident, many of the kids were absent from the first night’s performance.  Fortunately, we were able to rely on help from traditional Khmer dancers who accompanied me on stage in place of the kids !

One last word about this overall experience ?

I was really moved to see the joy on the kids’ faces when they asked their families and friends,”Did you see me up there?!” knowing that the performances were being transmitted live on Bayon TV. They were all very proud of themselves and they really had every right to have been so proud !

It was a very intense week in terms of fatigue as well as moments of joy.  We got up very early every day, the kids experienced really hot temperatures, almost 99 ° F, and we walked from one temple to another… the days were really busy.

As soon as I returned home, I had the sudden urge to compose a song about the week I spent with the children.  The trip cemented a sincere and great complicity between all the participants.  I was able to send the song to all the kids the next day and many were so moved they said they actually cried with nostalgy…

The week will remain as a wonderful memory for all the kids from Taramana and for me too !