The playground is the heart of the Taramana Magdalena centre. Like the living room of a house, it is the space where everyone gathers before returning to their occupations, in the early morning and afternoon, and often during breaks. From gatherings to annual celebrations, games, music, prevention sessions and various interventions, the playground is the place for moments both rich in laughter and transmission. An atmosphere that contrasts with the greyness of the walls, which until now have been little or temporary decorated.

Equipped with paint cans and posca (a little white magic pen), the volunteers then took things in hand! Their mission was to make this place more colourful. Their idea: to create a mural fresco at the hands of the children and the team. 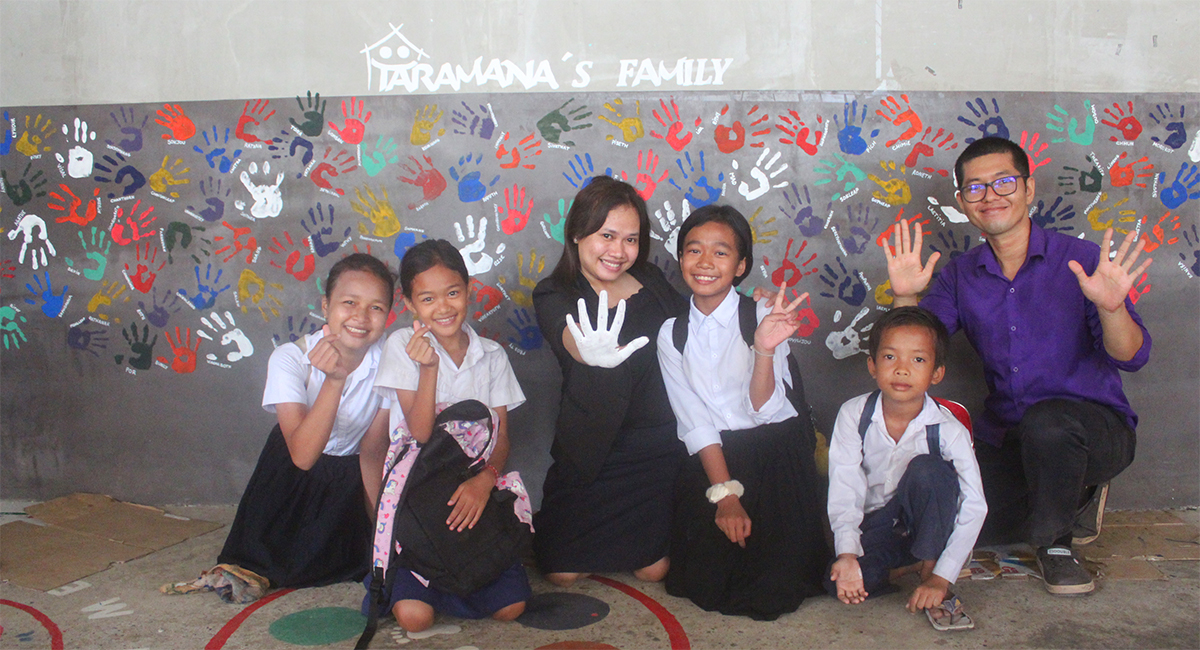 A rite of passage for the children

Beyond the decorative aspect, this hands fresco allows each child to leave a trace at Taramana. An artistic way to express “I’ve been there”.

Each child chooses a color and puts his/her hand on the wall, next to the other prints, to mark his belonging to the Taramana Family. Next to each hand is written the children’s first names, in both Khmer and in English, so that each student feels represented as an individual person and still yet part of a whole.

The staff also put their hand into the work… or rather into painting! Thus, the team members and volunteers involved in the daily work with the children also have their place on the wall.

Making one’s mark will now be a rite of passage for new students, teachers, volunteers… This act will symbolize their integration into the Centre and our big family. Over the years, it is easy to imagine that this mural will cover a large part of the walls of the building. A decoration full of meaning!

You too. Be are part of the Taramana Family!

🌏 Discover how to join… over here!
🤝 Sponsor Taramana… over there